It soooo reminded me of what happened to us in our old house years ago. Nathan was about 5 and had a best friend across the road called Thando. Thando was black ( not racist here just explaining for the story-lol) who’s dad was a qualified doctor. His mom was a housewife just like me – we always had a great relationship with them etc etc through our kids.

It was around 6pm and Wayne had just arrived home from work -when HIS cell phone rings and it’s Margory – Thando’s mom, but she is screaming- WAYNE WAYNE come come, snake snake! and that’s it-

Wayne looks at me and goes HUH?- I don’t know either so we decide to walk across the road to just find out what’s going on! Nathan of course is with.

We don’t even make it up their path way and can hear screaming coming from the house-, WAYYYYNE- HELP SNAKE!!!!!!!

OMG, you could see through the lounge window from the garden and the WHOLE FAMILY and I mean the WHOLE family, ( Thando, his little brother, his mom and DAD) are standing on top of their couch inside the house, and all screaming at once! It looked tooo funny and Nathan and I were trying not to laugh out loud!

Now please understand that Wayne is the one that freaks out and RUNS for a tiny FROG, a spider or anything that crawls! And here they are shouting about a snake! The man was already looking around him in a panic and shouting *where- INSIDE????*- and because they were all shouting at once we couldn’t make out what they were saying! lol

EVENTUALLY we work out * Front Door*!! Well that was just to the right of where we were standing trying to communicate through the window -tooo scared to move after hearing SNAKE and not knowing what snake it was or WHERE it was! lol

Wayne sneaks up the pathway and jumps back *swearing the F word* and looks like he is going to be sick. So I do the same with a Nathan who wants to go closer- NOT!

OMG- it’s a Cobra but a HUGE full grown one and it’s got it’s head up and curled up on the entrance tiled area right in front of the door!

Wayne now knows he has to do *something* as the family inside are just NOT going to move ( in our cultures most black people are terrified of snakes- and uhum most white people too! BWAHAHAH)

He goes home to fetch a spade and makes Nathan and I wait on the grass again- we can *just see* what he is doing and he lifts that spade like some practised serial killer- brings it down like an axe over the head of the Cobra- he hit the thing sooo hard the front door actually moved inwards and nearly popped off the hinges.

BWWWWWWWWWWWWWWWWWWWWAHAHAHA, it also moves and the body too after it’s heads been chopped. Wayne left SKID marks on the lawn as he tried to run from the snake head following him- was tooo freaking funny! And of course there is now harder screaming from inside!

After a few minutes to compose himself- Wayne goes back to the door ( shouting to the family to just stay there as he isn’t sure yet that it’s dead)- takes the spade and lifts it up – flings the body onto the grass and proceeds the chop it like a man possessed into a thousand pieces! uhum- WAYNE, I think it’s DEAD MAN!! lol

OMG- we laughed for months after that at not only the family on the couch inside, but Wayne running as this head followed him.

My man the *wimp hero*- BWWWWWAHAHAHAHAHA.

and yes- Gayes Hubby was a hero this morning too- all danger taken care of. ;-)

It has 49 original elements to design or play with in here.
All Quality Checked for your peace of mind. 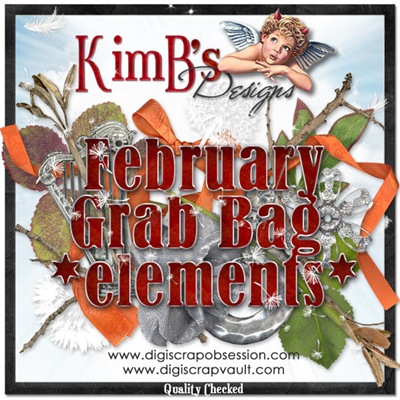 And I thought I would reveal a product for you today too ;-P 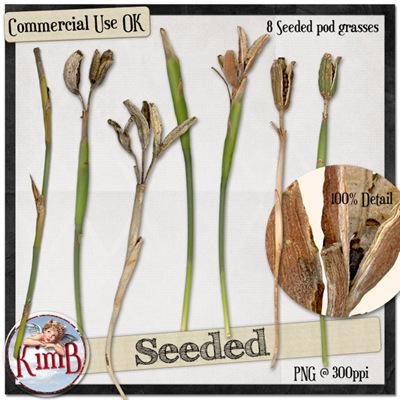 And don’t forget the DSO Mega! 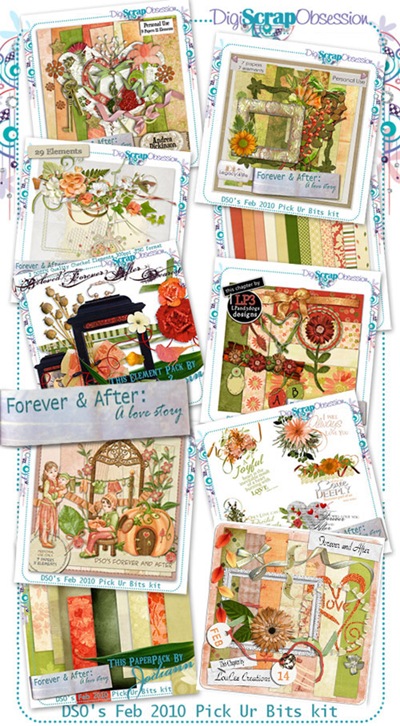 All of the Feb Collab, titled Forever & After can be found in the DSO COLLAB category in the store.

And some more eye candy for you with Mine,and my sisters bits ;-) 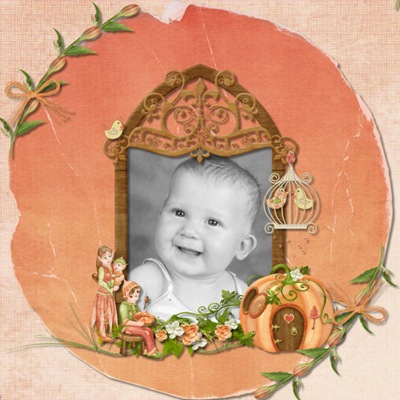 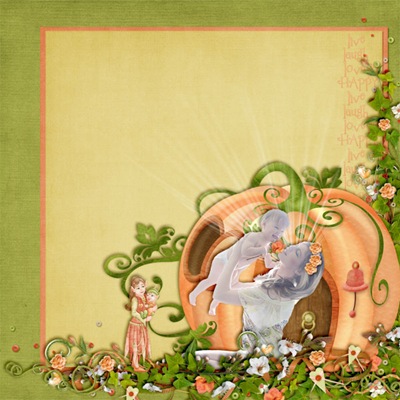 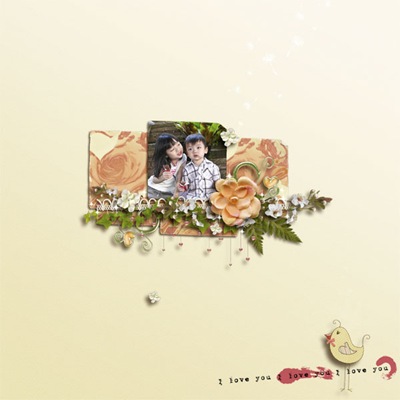 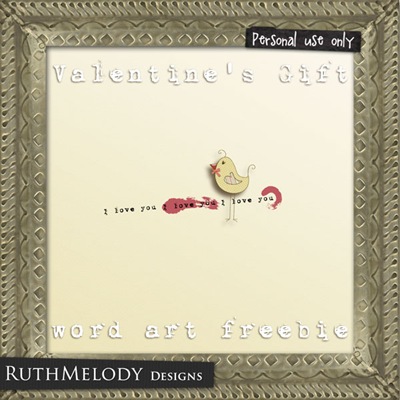 You can pick it up HERE.

And I just want to extend a THANK YOU to everyone that voted on Ruthy’s LO. SHE WON!!! She is sooo thrilled and I want to wish her and her family a HAPPY NEW YEAR too!

Yeah, I was absolutely blown away when I got the news I had won :D I want to THANK EVERYONE who voted for me!

AND to U my dear Kimmie, Many Thanks to you for the many things you've done. Love ya!

WTG Ruthy!!!!! (I can say that now after I have pissed my pants laughing at Wayne...BWAHAHAHAHAHHAHA)

How funny is teh Captcha word of "dingle"? ROFL

Kristine... actually I can't help myself laughing for a few minutes too :P WHAHAHAHAHA...

OMG snakes, as a shiver goes down my spine, hate the things. And I've got to go to bed soon...11.45 pm here......don't wanna go now as I'll be dreaming about them. I must admit I did have a laugh reading about Wayne, but I think I would've been inside my house with the door locked if that was my neighbour yelling something about a snake.

Congrats Ruthie winning with your LO.

Good morning Kim.:)
TOO funny!!:)I know how scared he must have been...cause I had a little snake in the house not too long ago..and I shivered from head to foot and did a dance too.LOL I thought it was some kind of rope someone had dropped by the back sliding door...until it moved. I got one of those extra hands things..that you can use to pick up things off of the floor or in high cupboards..and grabbed him while he was trying to get me.LOL He ended up across my back fence..back in the woods where he belonged.I am still trying to figure out HOW did he got in the house to begin with?????
Congratulations to Ruthie..Sooo COOL! and thanks for the CUTE wordart too!
Have a fantastic..snake free day.:)

Thanks for sharing the snake story. I needed a good laugh this morning.

OMG! The things that happen to you! hahahahaha. I would have been peeing in my pants if I saw acobra, not int he zoo! I'm laughin over my tea thogh.

Holey Moley I would be pretty scared too. I think snakes are fascinating but I am afraid of them. You need to take Snake Charming 101 at your local college *snort*

You're always a hoot Kim. Lurves ya ta bits.

PS - I linked ya today

Freckle Bear Creations said...
This comment has been removed by the author.
Friday, 05 February, 2010

I've been in a few close encounters with those crawly things, but I could never convey the story quite as well as you do. Thanks for the laugh.

Congrats to Ruthy ... she so deserved to win that was an awesome LO.

OMG I would have died if there had been a snake outside our door. I am absolutely petrified of them. IF I actually come face to face with one, go get a paper bag, I hyperventilate and pass out LOL

Oh I can SO relate re the snakes. We have them around here too, and my wonderful doggies alerted me to one in the bedroom, when we were sleeping in an old barn, while our house was being built. I hate them too, and glad we don't get cobras !!! We get King Browns, and they are sometimes 3 inches in diameter and 6 foot long, and the wetting of pants does spring to mind, too. LOL I killed one (illegal here, now) with a long stainless steel yabbie pump (fishing item) and when my hubby came home and found what had happened .... ummm, well it was that or me ... Sorry it is illegal, but only good one is a dead one around me.
Thanks for the good laugh KIm, and congratulations, Ruth ! 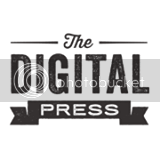